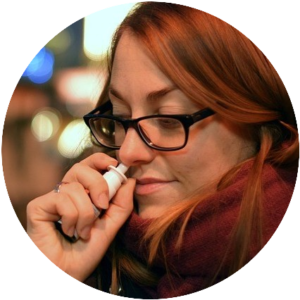 What is the Nasal Cycle and How Does it Impact Snoring?

Most people are not overly familiar with what goes on inside our bodies. It is after all quite a complex system with many different elements that operate independently and collectively. The rhythmic changes our bodies experience are referred to as cycles.

The nasal cycle is an example of a body cycle that in most cases will go unnoticed. Actually, very few people can probably outline what they know about the relationship between our brain activities and how breathing through the nose occurs.

The nasal cycle is something that was discovered back in 1985 by Richard Kayeser. Through his studies, he noticed that there was a predictable pattern in how our noses shrink and swell particularly in the mucus lining of the nose. This nasal cycle in most cases is the alternating partial congestion often unnoticed as well as the decongestion of nostrils in humans although it occurs in animals too.

In case you are wondering, the turbinate’s are the projections of the soft tissues especially on the side walls inside the nasal cavities. These turbinate’s are designed to warm, filter as well as humidify the air that we breathe. At times, these turbinate’s could be referred to as the thermostats of the nose.

You will find that the turbinate’s are constantly contracting and enlarging throughout the nasal cycle. Hence, warming, filtering and humidifying the air as you breathe before it gets to the lungs. However, it’s important to note that these turbinates can be very sensitive. When they enlarge or get inflamed for whatever reason, they can, in turn, lead to nasal blockage.

Believe it or not, your nostrils always split their workload. In that, throughout the day, each one of them tends to take breaks. This happens in a process where they are alternating decongestion and congestion of the nostrils and this is what we refer to as the nasal cycle. This means that anytime you are breathing through your nose, most of the air goes through one nostril and a very small portion goes through the other one.

So that the two passages can open and close simultaneously, this is done by deflating and swelling of tissues in the nose. The nasal cycle is running every single second we breathe, even right now. However, when you are having congestion in your nose, the mucus makes you feel as if the nostril that’s on the break is more backed up or clogged.

Nasal cycling is not just a cycle that exists in your body for no reason. There are at least two reasons why it’s so essential to the body. The first is that it makes our sense of smell more defined. The other reason is that nasal cycling ensures that our nostrils are well maintained. This is in terms of humidifying and filtration of the air.

With the alternation of the nasal congestion, the cilia and mucous in our noses get a break from the onslaught of air intake. For that reason, this reduces the chances of our nostrils drying out, bleeding or even worse cracking.

Causes of Snoring through your Nasal Airway

You don’t actually snore through your nose. Rather, your nose has some complications that might have resulted in snoring. There are several reasons why you might develop nasal snoring. They include:

This is one of the most common reasons for breathing through your mouth. It is usually a short term experience which might result from the common cold for instance. When your sickness passes, so shall the problem. But in case it persists, then you need to investigate the situation further.

The only way you will be able to correct your deviated septum is through surgical means. Take time and visit a snore clinic to get the right diagnosis if you feel you may have trouble breathing through your nose on a continual basis.

Allergies usually result in inflammation in the nose. This is usually a major cause of snoring. In the case where your bedding might contain dust mites or bed dust, it will in many cases result in nasal congestion that’s almost identical to that of smokers.

The Impacts of the Nasal Cycle on Snoring

As we have seen above, the nose goes through what we refer to as the nasal cycle. This means that the airflow will predominate on one side of the nostril then gradually shift to the other over a few hours, so every nostril gets to have a small break. With such a definite movement of air through the nose, it ensures that there is no blockage of the nostrils as you sleep.

The Nasal cycle is a very important factor in our bodies as it ensures there is a balance of workload between our nostrils. In most cases, this will naturally help prevent the development of snoring. However, as this is an involuntary cycle that you don’t have any control over, to reduce nasal snoring, you can incorporate other focused remedies that can aid in the proper air flow reaching your lungs and body. These can include nasal vents, nasal strips or in more severe cases the use of cpap solutions. 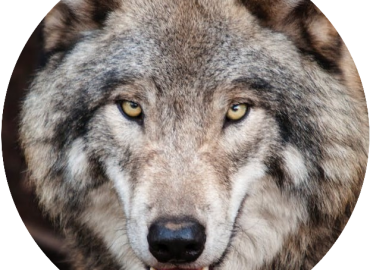 The History of Snoring